Our favorite coffees are often produced in the most stunning of settings, and the highlands of southern Oaxaca are no exception. Producers from this area have largely decided to keep their small plots planted with a variety called Pluma Hidalgo—a regional adaptation of Typica plants which were some of the first coffees brought to the Americas. This tradition has long contributed to Oaxacan coffee’s renowned elegance and sweetness. Look for flavors of raisin and vanilla layered atop this coffee's silky body.

The history of coffee production in Mexico, as in most places, is long and complicated. At its peak in the late 1980s, coffee was Mexico's most exported agricultural product. Over the next few decades, political and economic factors, both national and international, led to a decline in production. Adding to these challenges, a 2012 outbreak of the devastating coffee leaf rust fungus greatly impacted the quality of Mexican coffee across all production zones. It wasn’t until 2016 that producers began to see both their yields and quality return on a large scale. From this re-emergence came a wave of renewed interest in the potential of specialty grade coffees—both from international buyers as well as domestic markets. Today, Mexico has a thriving culture of domestic consumption and has seen a steady rise in the number of specialty roasters and cafes in its largest cities.

In 2017, Counter Culture  started working with an importing partner, Red Fox Coffee Merchants, to explore various subregions of Oaxaca as farms began to recover. Working with small mills and producer groups directly, Red Fox has committed to supporting specialty coffee production by paying prices well above the local average and meticulously cupping small lots which are then blended by quality and community. Over the years, we have been particularly impressed by coffees produced in the Costa and Sierra Sur regions of Oaxaca. Many of the farmers in this part of the state come from Zapotec communities—an indigenous group whose origins can be traced back to 500 BCE.

This season, we combined the best lots from the communities of San Vincente Yogondoy and nearby Santa Cruz Ozolotepec to create Rio de Abejas. This offering has a deeply sweet, classic Oaxacan profile. The word Yogondoy means ‘river of bees’ in the Zapotec language, which is still spoken today in the region. Translated into Spanish, Rio de Abejas is a nod to the many coffee producers who also maintain beehives and produce honey on their farms across the region. 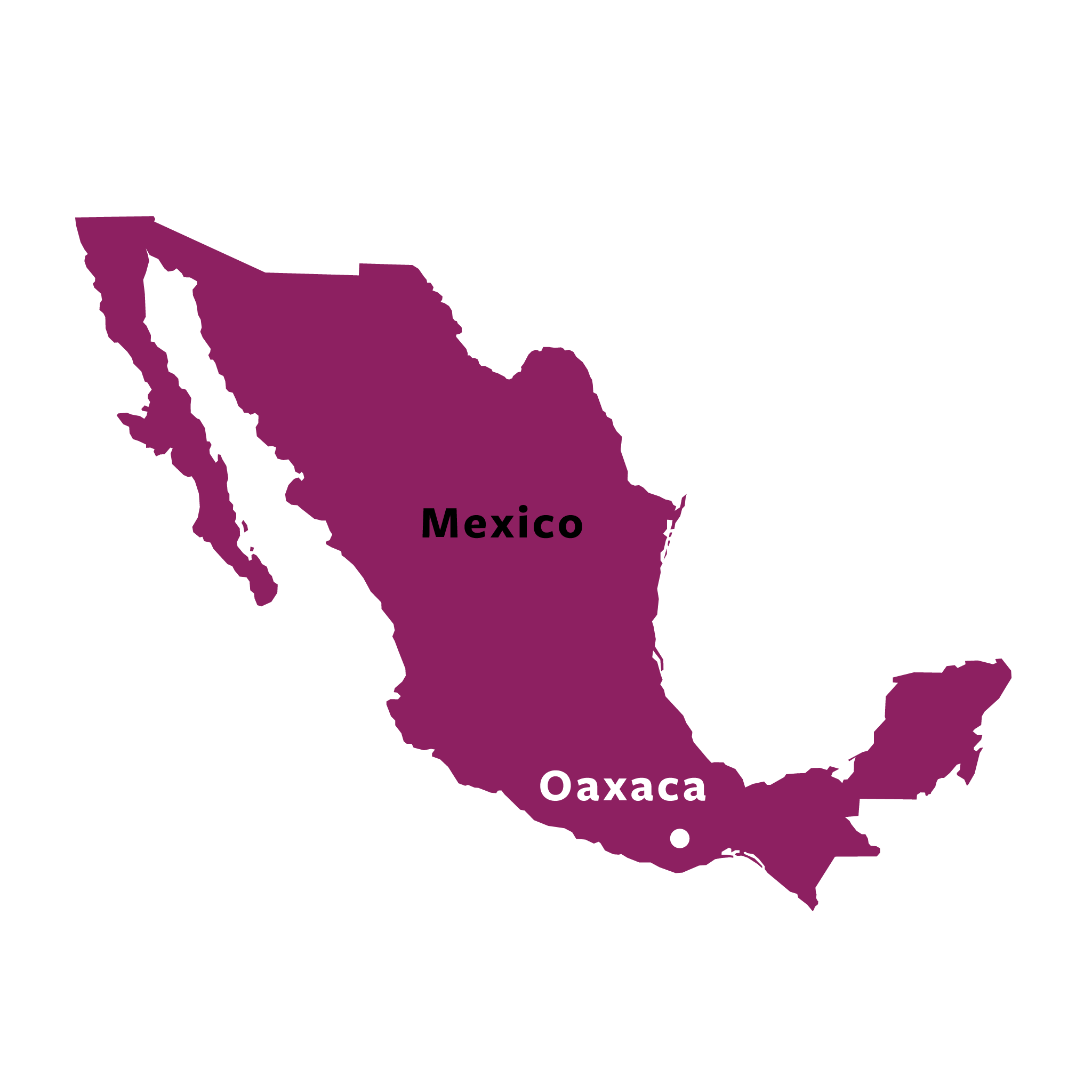