Through a project initiated by Counter Culture, small-farm owners in different parts of Kenya's growing regions started working together to discuss and test new techniques to improve the quality of their coffee. These historically independent growers chose the name Kushikamana, which means "connected" in Swahili, to represent the unity of their group. This selection has a classic profile of coffees from Kenya—citrus, raisin, and savory notes—but with a clarity not found in many Kenyan coffees.

We are always striving to improve how we collaborate and work with farmers around the world. In late 2012, we started talking about what this looked like in Kenya.

Kenya is known for the amazing quality of the coffee produced there, but it is also known to be a difficult place to develop long-term partnerships directly with growers. In early 2013 we started to explore the quality of coffee from small estates that other buyers didn't seem to be trying to collaborate with.

At the time, most of the coffees from these growers were ending up at an auction where they were generally being blended together and sold to larger, more-commercial buyers for lower prices. We saw the potential in these coffees for improved quality and collaboration. That year we ended up buying our first very-small lot of coffee from one estate. The next year, we bought coffee from about a half-dozen small estates.

Building upon this early success, we sought out even more farms, which is when we met Peter Mbature from a small estate called Kamavindi. From the start, Peter was more engaged than any farmer we had ever met in Kenya. The conversations we started at his farm continued over email, and, within a few months, Peter had taken the coffee from Kamavindi from okay to excellent—ultimately being one of our best offerings in 2015.

The next year, Peter and Counter Culture set out to expand our idea into a full-scale project with other growers. Peter was willing to share all the quality improvements he had made with his neighbors and other interested producers, and Counter Culture committed to pay premiums for quality to the farmers who wanted to join the project. In 2016, a little more than a half-dozen farmers joined the group. As the group expanded, the growers decided on the name Kushikamana for the joint coffees to represent their unity.

From young farmers who thought they might not have a future in coffee to farmers who have been growing coffee for decades, the collaboration of the Kushikamana growers is unlike any group in Kenya. Counter Culture could not be more excited to be a part of this revolutionary project, and we know that the future will remain bright for this group. 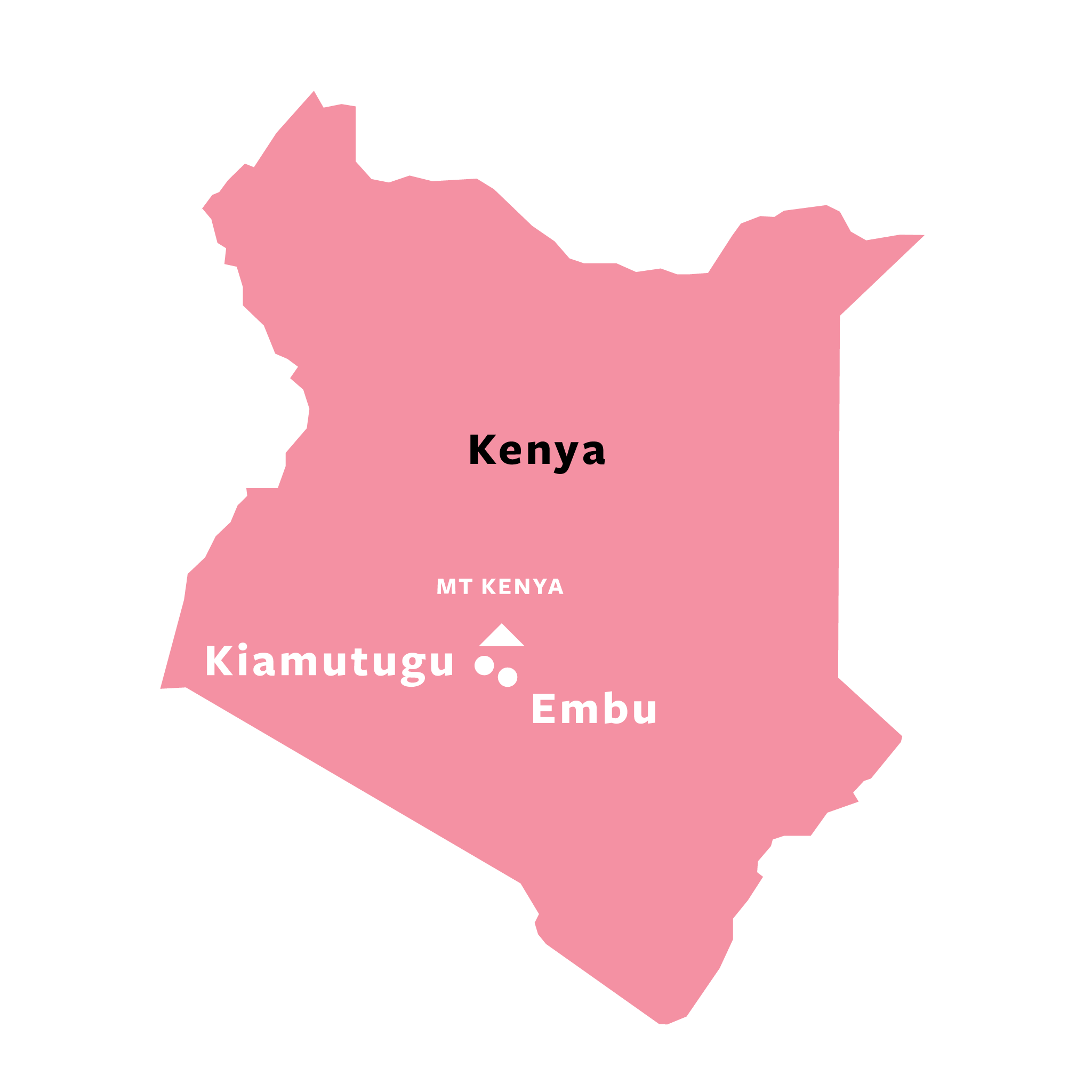