The Idido cooperative is located just east of the small, bustling town of Yirgacheffe, Ethiopia. Their members are situated throughout seven communities, in some of the highest-altitude coffee growing areas in the region. The coffees from this part of the world are renowned for their sweet and delicate flavors. Counter Culture Coffee has been purchasing coffee from the cooperative since 2011 and every year it is one of our favorites. Look for floral, melon, and citrus notes.

Idido is our featured coffee for the month of May.

Counter Culture Coffee has been purchasing coffee from communities around the Idido village for well over a decade.  Whether it is the high elevation and microclimate here, or the predominance of Kurume type coffee varieties, this area has produced some of our most stunning coffees. While we have bought coffee from different producers in the area over the years, we have worked closely with the Idido Cooperative and it’s more than 1,000 members since 2011. The Idido Cooperative has members scattered throughout the communities of Wegida, Aricha, Direto, Ela Tenecha, Bowicha, Haro Badami, and Gerse.

Nearby Yirgacheffe is one of the most famous coffee towns in Ethiopia, if not the entire world. When we first traveled to Yirgacheffe, it was hard to believe that a town so tiny—if you blink while driving through it you might miss it—could have such a reputation. The reputation, however, is there for a reason. Yirgacheffe revolutionized Ethiopian coffee decades ago by building a washing station to process coffee in the "washed" style that was popular in Latin America. Yirgacheffe quickly became famous for its sweetly complex, almost tea-like washed coffees, and the area around Yirgacheffe has become renowned to coffee buyers around the world, including Counter Culture. Staggering altitude, ideal climates, and unique coffee varieties make this a truly special coffee region.

Idido is composed of a little more than 1,000 members in total. The members of Idido have very small plots of land around their house. Total, they tend to have about 1.5 hectares of land, and, in that 1.5 hectares about half is coffee. Their farms are a diverse ecosystem with lots of different plants and shade. This area is also extremely densely populated (second only to Addis Ababa), making the diversity of the ecosystem that much more impressive. While forested land and tree diversity are issues in many parts of Ethiopia including the south, compared to other regions of the world with this size of population, the amount of shade canopy is impressive. While a large percentage of the population here grows coffee as a cash crop, people are largely subsistence farmers. Enset (false banana) is the main food crop followed by many types of fruits, vegetables, and beans. 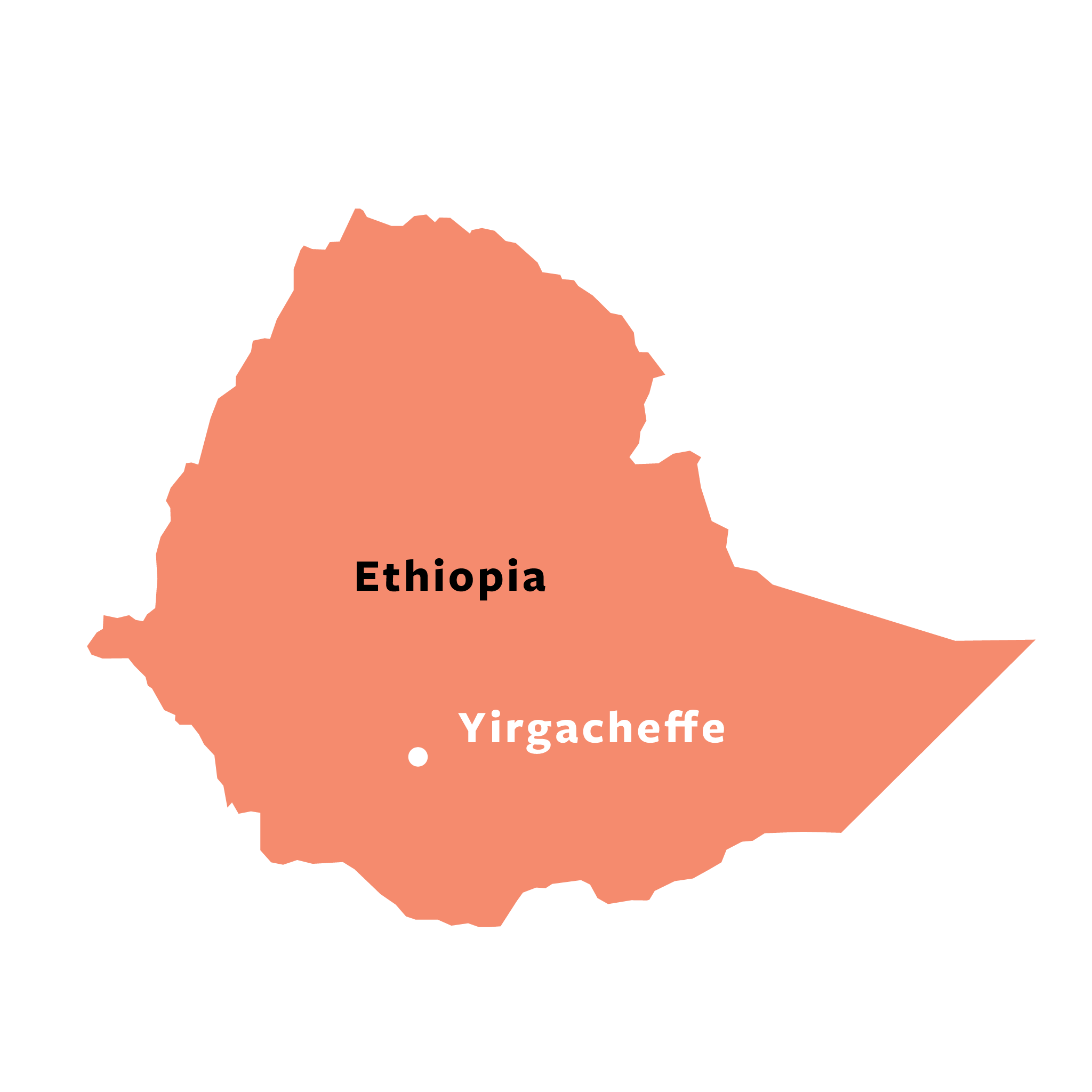